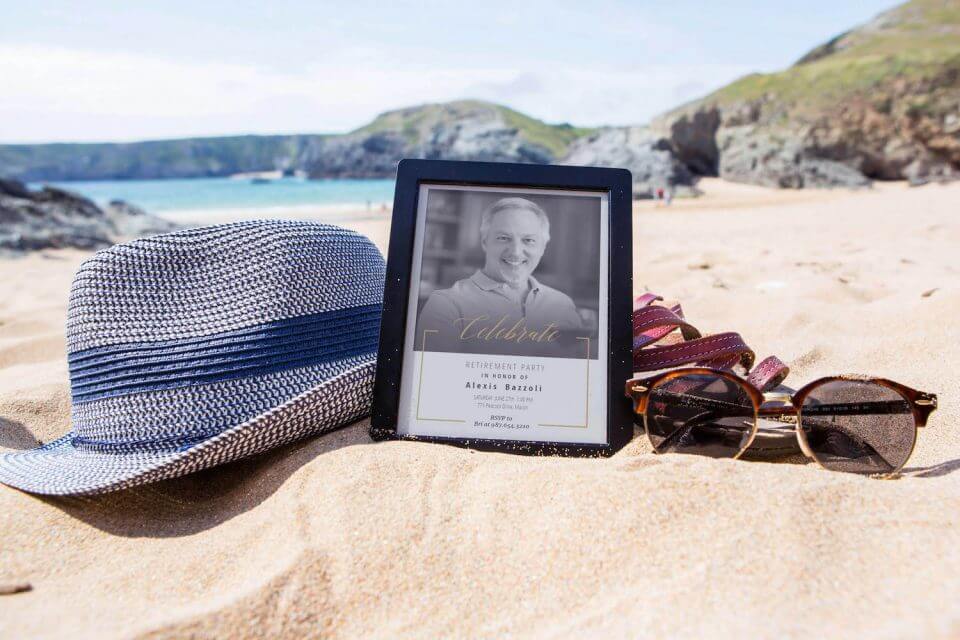 Did you know that 10,000 baby boomers reach retirement age every single day? That’s a lot of potential retirement parties!

Not many people like getting old, but a retirement party is a great way to celebrate the retiree’s accomplishments and to mark their transition into a more relaxing lifestyle. Retirement is also the time for a retiree to travel to places that they’ve always wanted to visit, such as Egypt, Iceland, or Italy.

Before they ride off into the sunset without a care in the world, you should start thinking about what to include in the festivities.

Read on for 10 ideas to throw an outstanding, unforgettable retirement party and leave the workforce in style.

Whether you’re throwing a birthday party or a retirement party, a theme can take any celebration to the next level.

When people think of relaxation, they usually think of drinking a beer or margarita while soaking up the sun at the beach. Now that the retiree will spend most if not all day relaxing, a beach theme would be perfect. Decorate the area with inflatable palm trees and have your guests dress up in their bathing suits or Hawaiian shirts. You can make it a pool party or have the whole thing at an actual beach.

Another option is to base the theme on the decade they grew up in or their favorite decade overall. Who wouldn’t love a groovy 70s-themed party? Don’t forget to set up a dance competition with a disco ball to top it off. As for attire, long hair, big collars, and bellbottoms are a necessity.

With no more 9 to 5, the retiree will be able to dedicate much more time to their favorite hobby. Whatever it may be, you can use it as a theme for the retirement party. If golfing is their passion, prepare to roll out the green carpet. Guests can dress up in old-fashioned golfing clothes, such as khaki knickers and Gatsby hats. Get a putting matt and have a miniature golf tournament with a prize for the winner.

The cutting of the cake is the moment everyone anticipates with a watery mouth. It should taste as good as it looks and vice versa. To make it look delicious, the party’s cake can go with the theme you’ve chosen or be something totally unique.

For a beach theme, you can have a sand castle cake with edible sand. Complete the picture by surrounding the cake with plastic beach toys, such as a shovel and pail.

Does the retiree plan on traveling to Mexico? You can’t go wrong with a delicious tres leches cake. Using three different kinds of milk, it’s a moist cake that your guests will fall in love with at first bite. Garnish the cake by planting a tiny Mexican flag in its center.

If you’ve decided to have a cake design that’s independent from the theme, then you’re only limited by your imagination.

Retirement allows a retiree to start checking off more things from their bucket list, so why not encourage them by having the cake designed as an upside-down bucket. Top the cake with something they’ve always wanted to do, such as a miniature horseback rider or skydiver with a parachute.

If the retiree is going to travel the world, then they should most definitely leave their friends and family with something to remember them by while they’re gone. In general, retirement party favors are an opportunity to show appreciation for your guests.

Common party favors include custom bottle openers, keychains, and coasters, but there are some unique gifts you can give out too.

For example, the retiree won’t be needing any more of their neckties, so why not embroider them with a pithy or funny saying and give them to your guests?

Here are some suggestions for sayings you can use:

The retiree should know better than anyone else that life’s a beach. Another unique party favor is a “Beach please” tote bag filled with a medley of beach-related items, such as sunscreen, a pair of sunglasses, a towel, and a cool water bottle.

Are your guests feeling lucky? You can also give them lottery tickets so that if they win big they can retire too.

Idea #4: Pick out a Lighthearted Playlist

There’s a wealth of retirement party songs that can fit the mood of the whole event. Plenty of popular songs are about relief, nostalgia, freedom, and happiness. You can also pick funny or ironic songs.

Here are some playlist suggestions to help you get started:

If you’ve chosen a theme, you can pick songs that go with it too, whether it’s Italian music or 80s hits.

Some say it’s not over until the fat lady sings, so why not include some opera as the final song in the playlist. When the retiree hears it, they can rest assured that they don’t have to report into work early the next morning.

Idea #5: A Book of Memories

A lifetime of work creates a lifetime of memories with coworkers. Having a guest book at the retirement party allows the retiree’s former coworkers to write out fond memories and well wishes.

Since the retiree won’t be seeing their former coworkers on a daily basis anymore, you should also encourage them to leave their contact information in the guest book, especially if the retiree plans on moving away.

It’s possible to create a high quality, custom guest book that features a picture of the retiree and their name on the cover. A book of memories is something the retiree can cherish long after the festivities.

Turn it into a game by having someone else read out the memories and leave it up to the retiree to guess which memories belong to whom. It’s a fun way to get people to laugh and maybe even shed a few tears.

In addition to a creative cake, you’ll want to have smaller desserts available throughout the duration of the party. While everybody loves cookies, brownies, and the other usual types of sweets, you can make the party more interesting with delectable pun desserts.

Lay out on a dessert table Payday peanut caramel bars with a sign that says, “Goodbye Payday, Hello Pension!”

Just like the retiree can now stick a fork in their career, you can do the same with cupcakes using plastic forks. For a finishing touch, decorate the cupcakes with little signs that say, “Stick a fork in it!”

Set out a basket of Tic Tacs that have been customized with a ‘retire mint’ label from Etsy. For extra laughs add a sign that reads, “Why Brush My Teeth In Retire Mint?”

Most people wake up to an obnoxious alarm clock that interrupts sweet dreams for an announcement that it’s time to work, work, work. Well, those days are over, so why not have the retiree take out their frustration by whacking a piñata version of it? It’s a hilarious and therapeutic way to say goodbye to the days of waking up early.

Of course, it doesn’t have to be an alarm clock. It can be whatever represents frustration or annoyance from those longs days of work.

Was the computer at their desk always slow? Did the copier never work properly? Those items would be perfect as piñatas too.

It can also fit something specific to their job. Consider a calculator piñata for an accountant or a toilet piñata for a plumber.

As an added joke, instead of candy you can fill the piñata with items related to getting old, such as Metamucil, Tylenol, Tums, Preparation H, and more.

A photo booth is a great way to take memorable pictures at any party. It encourages your guests to loosen up and relax.

Having a photo booth gives you yet another opportunity to expand upon the party’s theme. For an Egyptian-themed party, for instance, you can set up decorative banners with hieroglyphics and pictures of pyramids. A photo booth wouldn’t be complete without wacky props, though, so throw in some printable Egyptian headdresses and mummy masks to really get the laughs going.

Consider including these fun photo booth props from Amazon that are designed specifically for a retirement party. With all of these wonderful photo opportunities, your guest of honor will have lots of memories to cherish during their retirement.

After working long and hard, the retiree is sure to have things to brag about. There are a number of ways you can honor their accomplishments during their big day.

Not much is classier than former coworkers and loved ones giving a toast. Talk with them beforehand and ask if they’d like to give a brief speech in the retiree’s honor. Ideally, each speech should be planned to ensure everything goes smoothly.

Create a slideshow of pictures featuring key moments and fond memories of the retiree’s time at work. This can play on a projector for guests to enjoy as they arrive. Not only is it a way to honor the retiree, but interesting photos can act as conversation starters among guests. You should begin curating pictures now and ask the retiree’s former coworkers if they have any photos that they can contribute.

If the retiree has an upbeat personality and can appreciate being the butt of a joke, you can set up a comedic roast. A classic roast features people taking turns going up on a stage or to a podium in order to make jokes at the expense of the person being roasted, who typically is put on display in a chair. The perfect roast is a combination of wise cracks but also heartfelt compliments. The activity can involve both coworkers and loved ones.

The retiree might be used to all work and no play, but now they’re going to have get into the habit of all play and no work. What better way to help them out by planning a variety of fun retirement party games?

Bingo is something of the cliché game of retirement homes. Not only can it work as a joke with ridiculous squares like ‘drink prune juice,’ but the game itself is old-fashioned fun.

To make the party’s playlist even more of a hoot, you can turn it into a karaoke competition. Depending on your budget, you can either buy or rent a karaoke machine. If the songs in your playlist are popular, many if not all of them should be on the machine.

Put a twist on a classic game and play pin the necktie on the worker. Use a long sheet of paper to draw the torso of a business person, then cut it out carefully with scissors. Paste the torso on thick poster board so people aren’t putting holes in the wall. Make sure you mark the exact place where the tie should be so that you know who was the closest. Use a pin with a sturdy handle that is long enough to puncture the top of a necktie and the board itself.

To put a spark in the friendly competition, let everyone know what prize the winner will receive.

Are You Ready to Send Out Retirement Party Invitations?

Now that you have a variety of retirement party ideas to help you with your planning, it’s time to send out those invitations.

Greetings Island offers a huge selection of free and beautifully designed invitations for all occasions, including retirement party invitations. We’ll no doubt have one that fits your tastes to a T. The perfect design is only a click away!

Not only are our invitations highly attractive, but the templates are easy to customize. It’s simple to send them out to your future guests too. Once you’ve added all your relevant information, you can print them with ease from the comfort of your own home or at a professional print shop.

Want to keep things green? We also have the option of sending invitations through email with RSVP services or downloading them as high-res images that are shareable across social media networks. 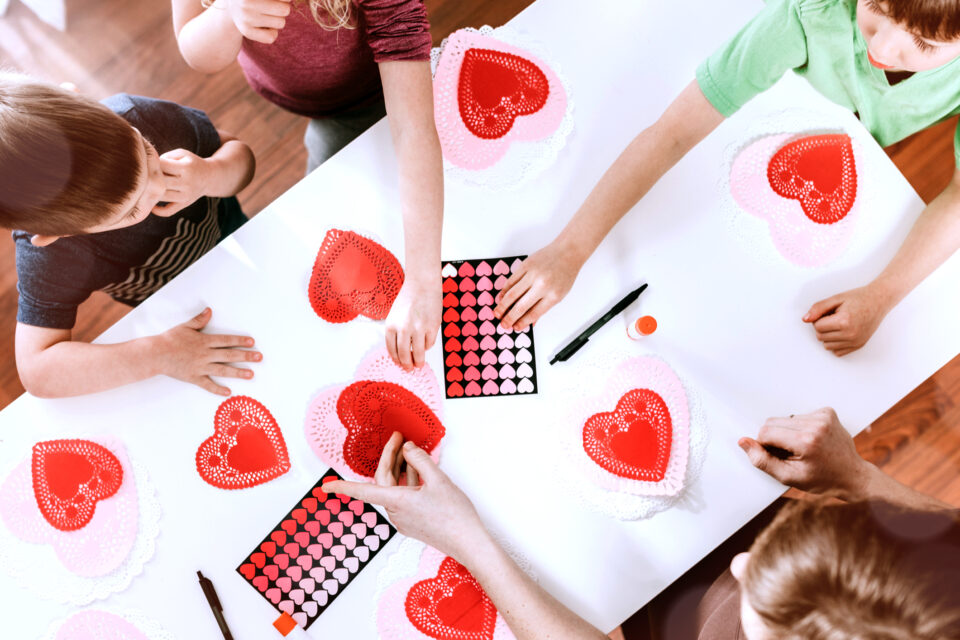 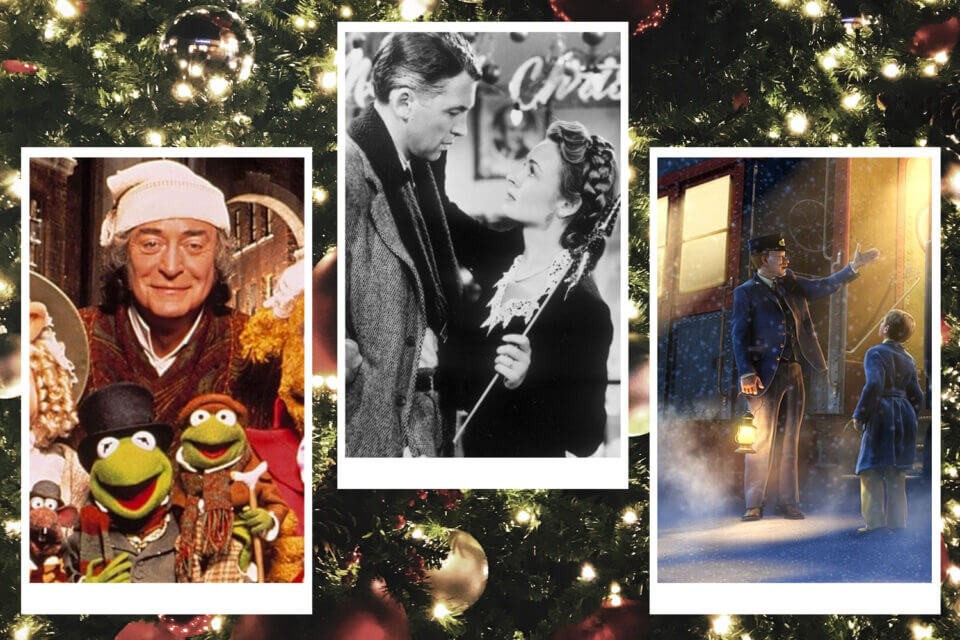 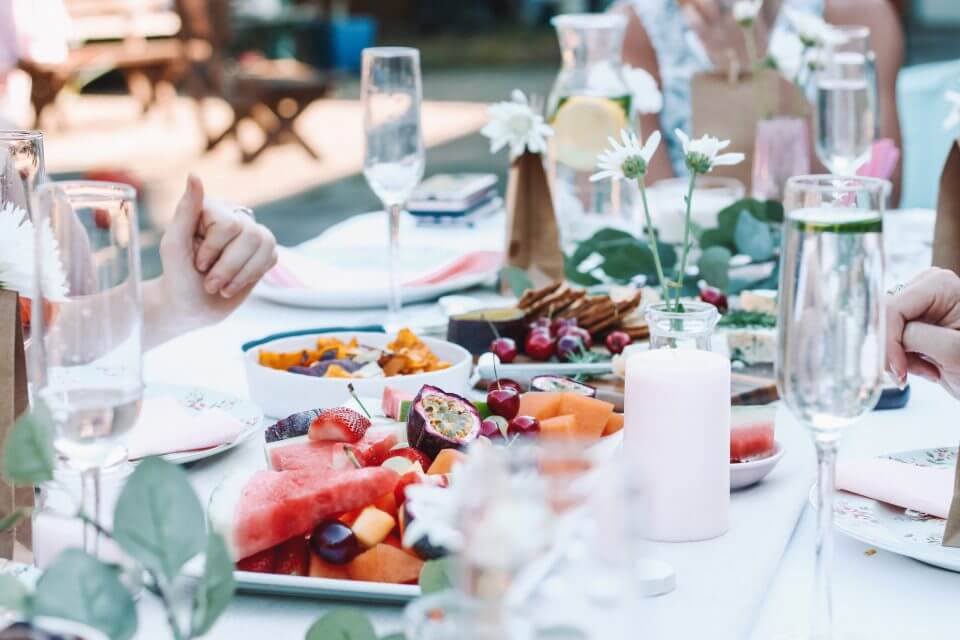